Solveig Sommarström is the master blender of Rhuby and has previously headed up the lab at V&S (previous owner of Absolut Vodka). 10 years ago she departed and opened up her own company in Malmkoping, Södermanland where Rhuby is currently bottled.

Rhuby is a singular Rhubarb offering where the true delights of Rhubarb comes through clean on the palette, no tricks involved.

RHUBY is made from the highest quality Swedish wheat Vodka from Åker Styckebruk, Södermanland, where Ylva was born, and married in harmony to make a 20% ABV (40proof) product.

The vodka in Rhuby is wheat, collected nearby the distillery.

The rhubarbs are juiced after having been frozen to release more flavour into the juice. This is later preserved with vodka and added at the blending point with water from Storskogens Källa (a nature reserve and a natural source), sugar and a hint of natural aroma to enhance the nose of rhubarb. A small amount of bourbon bean vanilla is added to the mix.

Allowed to marry and rest, Rhuby can only be filled after 24 hours.

Vodka production in Sweden – dates back to the 15th century, having its origins in the local gunpowder industry where high-proof spirit (originally called brännvin) was used as a component of black powder for muskets. When distilleries were licensed to produce beverage alcohol (primarily spice-flavoured Aquavit, but also Vodka), it was with the understanding that gunpowder makers had first priority over beverage consumers. The majority of gunpowder came from the factory in Åker Styckebruk.

Home distilling was long a part of Swedish society. In 1830 there were over 175,000 registered stills in a country of less than three million people. This tradition, in a much diminished and illegal form, still continues to this day due to the high alcohol duties.

Rhuby has been priced in Scandinavia to reflect the global pricing although the high duty-rates in countries like Sweden and Norway makes this a challenging business proposition. The founder does NOT want her own countrymen buying a Swedish product at a higher price vs rest of the world in its' home country. The Nordics running an alcohol policy she does not believe in. 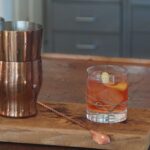 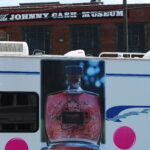 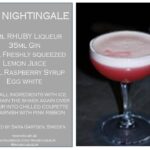 Rhuby Tuesdays back on the agenda 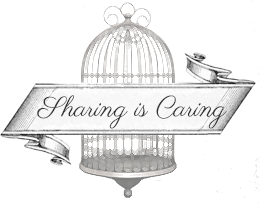